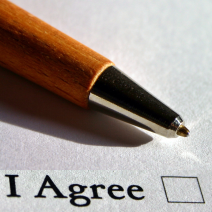 Italy recently passed a law permitting citizens to create living wills, a type of advance directive, with differing perspectives reported in the New York Times and The Tablet.   The law specifically allows refusal of nutrition and hydration, the basics human care, before someone is actively dying.  When we are convinced that this is allowable, then we take our first step towards accepting euthanasia. And that is exactly where suicide advocates are leading us.

“For many right-to-die advocates, the law on living wills is a starting point for the infinitely tougher battle to allow terminally ill Italians to end their lives at home with medical support, rather than having to travel to countries where it is allowed,”  reports the NYT.  The article goes on to quote one of these advocates. “[Ms Gallo] noted that a bill allowing euthanasia had gathered 67,000 signatures on a petition and had be submitted to the legislature for discussion but had not been addressed.”  But she will propose it again and again until murder becomes acceptable.

As The Tablet reports: “From an ethical standpoint,” the pope said, withholding or withdrawing excessive treatment “is completely different from euthanasia, which is always wrong, in that the intent of euthanasia is to end life and cause death.”  That is very different from refusing artificial nutrition and hydration, or any treatment, when still far from death.

Advance directives, to assisted suicide, to euthanasia–that is the repeated path of history.  Let us look to see the horrible place it has always led.